Farmer Herman and the Flooding Barn is new children’s book about 344 people working together to solve a big problem and is illustrated by 344 different people who are counting on the power of unity to bring hope to over 400,000 kids in foster care. This is the first in a series of posts about just a few of those illustrators. 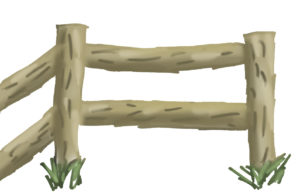 m post-surgery that he would never be able to lift over 50 pounds. That became a problem for Bubba when God led them to adopt a little girl from foster care with Digeorge Syndrome who would spend her life in a wheelchair.

“I just wanted to be the best daddy I could be for my little girl.”

So he took to the gym to gain enough strength to carry his daughter and after a few months, a couple of his gym buddies told him that he should consider power lifting competitions. He decided to go ahead and enter one after lifting for only 6 months.

Bubba later went on to become a two-time power lifting world champion. Bubba has traveled the world with teams tearing phone books in half, breaking stacks of landscaping rock, bench-pressing Harley Davidson Motorcycles and telling people about the power of Jesus.

Bubba continues to work out, is currently a “slim 380 lbs.,” is heavily tattooed, and has a massive beard to match. So what does Bubba spend most of his time doing now?

He pastors a church plant and works for the state of Kansas talking to other pastors about caring for kids in foster care. To say that he probably catches people off guard when he starts talking about his passion for hurting kids is probably an understatement.

So it goes without saying that if your trying to move a barn physically or move the barn for kids in foster care, Bubba is a man you want to have on your team.   And, as you can see from the picture above, he draws an excellent fence as well.

To learn more about Farmer Herman and the Flooding Barn, the accompanying classroom kit materials, and how to find your fit in foster care, go to MoveTheBarn.org.

2nd Gift of the 12 Days of Christmas for YOU!

3rd Gift of the 12 Days of Christmas for YOU!