Farmer Herman and the Flooding Barn is new children’s book about 344 people working together to solve a big problem and is illustrated by 344 different people who are counting on the power of unity to bring hope to over 400,000 kids in foster care. This is the 6th in a series of posts about just a few of those illustrators.

Some of us enter into foster care and foster care advocacy simply because there is a need to be met. However, others enter foster care for specific personal reasons related to their own life experiences.

These same two truths have applied as we have sought out 344 people to illustrate the children’s book Farmer Herman and the Flooding Barn. Some people drew a hay bale, not because of some deep meaningful experience they had with a hay bale but because, well, there was a need for a hay bale and they were willing to meet that need.

However, there were a number of illustrators who contributed a drawing that had deeper personal meaning to them. As the final post in this series about our illustrators, we wanted to share just a few of those stories with you . . . 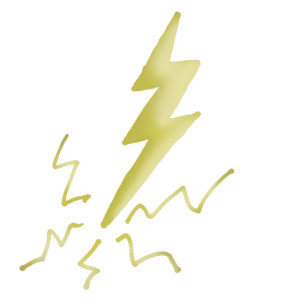 Heath has been an adoption and foster care advocate for years. He drew a lightning bolt for the book and because of his relationship with his son:

“My son, Jack, who is adopted from China loves the Flash. In flag football he proclaimed that his nickname was Jack “The Flash” Pressley. Before every game he even has me draw that symbol on his arm with a sharpie. We love reading flash comics and watching the TV show together. This may sound crazy, but the Flash has helped us connect.”

Sarah is an adult adoptee who has worked in various capacities in child advocacy and government including in the White House. She currently leads an organization dedicated to children in Africa and around the world. With all of Sarah’s amazing talents and accomplishments she wasn’t entirely sure she had what it takes to help illustrate a children’s book. However, after some persuasion and positive peer pressure, she drew the great little turtle you see here. Why a turtle? Sarah explains:

“My great-grandfather homesteaded our family ranch in Nebraska in 1887 (130 years) We have a large family and at our family reunions, we have turtle races for the kids. We find the turtles in our ponds on the land.”

In fact, turtles are such an integral part of her family’s traditions that they have a particular ceramic turtle that makes an appearance at every family birthday party. . .

“Every birthday we place the little turtle on the cake. He is yellow with a red party hat.”

“I drew three kids representing our sibling group we adopted . . . They were drawn cheering on those moving the barn and hopefully one of these days they will be getting involved helping as well.” 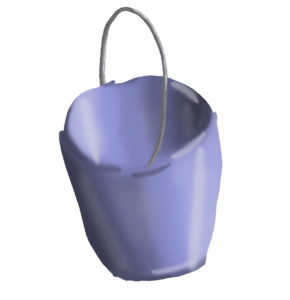 Adrien Lewis is helps to run a national foster care effort for the Global Orphan Project called Care Portal. In 2007, Adrien went on his first mission trip to Haiti. The trip was set up so that each night, participants would go around the room and recognize other members of the team who did something particularly noteworthy that day.   On one particular day, Adrien found himself scooping rocks for several hours with a large bucket with a wire handle that cut into his hands as he labored. That night, during the debrief time, someone on the team mentioned how hard they had seen Adrien working.

Adrien describes the moment this way:

“I recognized how empty my search for significance was. As I was working that day, I was looking for someone to recognize me that night for how hard I was working. I realized that instead of working for the praise of men, I needed to follow the Lord and love people.”

In retrospect, God used that bucket of rocks as a key turning point in Adrien’s life and ministry. His goal from that day forward has been to follow Jesus and love those who God gives him to love.

You may recognize John Luke Robertson from the hit TV Show Duck Dynasty.  He drew a duck.

Janet Kelly founded an organization called America’s Kids Belong that comes along side state Governors on both sides of the aisle to help them advocate for kids and families in foster care. She explain her drawing this way:

“Elephants are the symbol of the Republican Party, a party that I was a member of since I can remember. Unfortunately, at least in my state, Republicans generally aren’t known for their deep interest in the child welfare system . . . The elephant trunk was my challenge to make sure they do know so that they can partner with the church to ensure these deserving kids are in loving homes.”

(note to reader: If you aren’t quite sure why there are elephants in a book about a farm in Nebraska, you’ll have to read it to find out!) 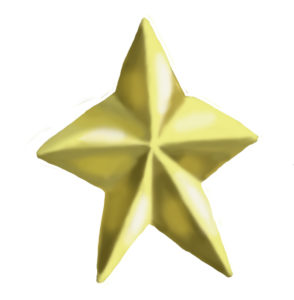 “I picked the barn star because it represents the East Coast to me. When I went to grad school in PA, many of the houses or barns I passed on my commute had barn stars. I loved them and always looked forward to seeing them. I knew that when I had a place of my own, I would have a barn star too. Anyway, God really opened me eyes in grad school to the honor and privilege of counseling and walking alongside others in joy and suffering. As a social worker (now for ten years) who works mainly with kids from hard places, I am so thankful for the education and life teaching I received during my time in PA. Thus, the barn star holds a very special place in my heart, and whenever I see it I think of those special memories.” 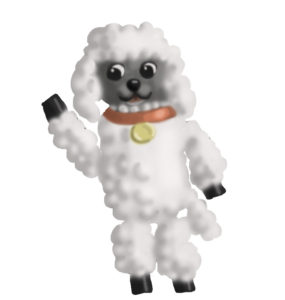 Cecilia is our 16-year-old daughter who joined our family along with her twin sister as our first kiddos from foster care back in 2001. As a preemie she had some significant medical needs which required hospital stays from time to time. When she was two she had to be in the hospital for a few days with a respiratory virus, and we gave her a small stuffed Beanie Baby® lamb that she named Lambie. Lambie has always been her favorite stuffed animal and, as a result, looks like he has survived the apocalypse. When asked why Lambie was so special to her, Cecilia shared this:

“I always loved Lambie because Jesus is represented by a lamb in the Bible. And because lambs are cute.”

To learn more about Farmer Herman and the Flooding Barn, the accompanying classroom kit materials, and how to find your fit in foster care, go to MoveTheBarn.org.

Christian Giving for Orphans Keeps Rising: The Power of Together