The purpose of this event is to give leaders the opportunity to be part of transitioning an organization from residential care to family care, via interaction around a fictional case study. Using small group discussion and coaching, participants will walk away with an understanding of what it takes to see vulnerable children living in secure families, and next steps for their role in moving children toward families. This year's event will provide training on and complete materials to how to implement your own event in your region of service.

The purpose of this event is to give leaders the opportunity to be part of transitioning an organization from residential care to family care, via interaction around a fictional case study.  Using small group discussion and coaching, participants will walk away with an understanding of what it takes to see vulnerable children living in secure families, and next steps for their role in moving children toward families.  This year’s event will provide training on and complete materials to how to implement your own event in your region of service. 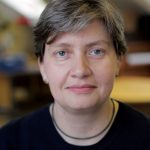 Over the last 20 years, Delia provided her expertise and to government agencies, NGOs and other professionals in Europe, Africa and Latin America to reform child protection systems, with a focus on strengthening families and transitioning away from reliance on institutions. Delia is the Director of Global Programmes of Hope and Homes for Children and oversees the implementation of large-scale national care reform programmes and strategic projects across 11 countries. Delia is the co-author of a number of publications focused on deinstitutionalisation, family strengthening, and family based alternative care, a gifted trainer with direct experience in working with children and families. 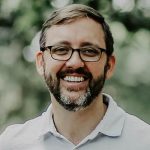 Chris Page serves as the Kenya Field Director for Agape Children’s Ministry, leading Agape’s operations in Kisumu and Kitale and providing oversight for Agape’s consulting and training branch, Agape Model Solutions (AMS).  Comprised of 140+ staff and missionaries, Agape rescues and rehabilitates 800+ street and incarcerated children annually in Western Kenya, reintegrating these rehabilitated children back with safe family members throughout East Africa.  Through Agape’s Christ-centered programs, God has enabled Agape to successfully reunite over 2,650 children with their families in the past 11 years. Chris, his wife Tammy, and their six children have lived and served with Agape in Kisumu, Kenya since 2011.  Prior to working with Agape, Chris held leadership positions in the US Army and within the Information Management sector in the US. Chris holds a BS in American Politics from the United States Military Academy at West Point and a Master’s Degree in Public Policy Administration from the University of Missouri-St. Louis. 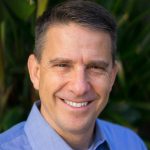 Philip and his wife, Jill, pioneered caring for children in local families when they co-founded Casa Viva in Costa Rica in 2004. Working in partnership with local churches, Casa Viva places children in local foster families while biological family reunification and adoption possibilities are pursued. Casa Viva’s team provides professional support to the families and churches. Before founding Casa Viva, the Aspegrens developed children’s homes, day programs and educational facilities for six years in the Dominican Republic. Today, the Aspegrens spend most of their time supporting orphanages, children’s homes and new projects in Latin America and other parts of the world to inspire and equip solutions where local families are the first and primary response. 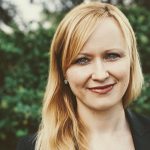 Connie was born in the Republic of Moldova (Eastern Europe), during the Soviet Union. Raised during Perestroyka and the collapse of the Soviet Empire, Connie learned first-hand what poverty and oppressive systems felt like. Her childhood experiences led her to dedicate her life and career to serving vulnerable children and families.

Belciug earned her Bachelor’s degree in foreign languages in 2003, and speaks Romanian, Russian, French and German. In 2008, she went back to school to pursue a graduate degree in Social Work. In the same year, she was appointed National Program Director for Children’s Emergency Relief International (CERI) in Moldova. Five years later, her quest for solutions and effective interventions for children, youth and families at risk led her to UT Austin’s School of Social Work. She graduated from UT with her PhD in December, 2016.

As CERI’s Executive Director, Connie pursues the implementation of best practices and cutting-edge interventions that further CERI’s global mission of providing a family environment as the first and best option for children to grow in.

Connie’s passion for social justice and the children served by CERI is fueled by her faith in God and dedication to further the message of the Gospel to the ends of the earth. 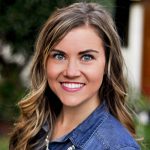 Nicole Wilke serves as Director of CAFO’s Center on Applied Research for Vulnerable Children and Families. Prior to this role, she worked as a child and family therapist, missionary, in juvenile detention, and with children with special needs.  Through her professional and personal life, she has gained extensive experience with foster care, adoption, residential care, trauma recovery, transitioning to family care, OVC research, and cross-cultural ministry. Nicole has degrees in Psychology, Family Studies, Marriage and Family Therapy, and Permanency and Adoption Competency. She lives with her family in Peru, where they work to see vulnerable children raised in families.