2015 has been yet another vibrant, dynamic year for the Christian orphan care movement.  Fresh growth and fresh challenges. Stubborn dilemmas and stubborn perseverance. Wise veterans and new voices. And amidst it all, the intertwining of great hurt and great beauty, woven together in ways rarely seen in any other realm. 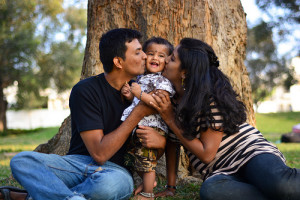 In the past, people desiring to aid orphans often resorted to large institutions.   Why?   In the face of mass-scale need, only mass-scale solutions seemed adequate. But a strong, growing consensus affirms that the very best place for children to grow is within a family.

Something to Celebrate: Social Science is confirming the emphasis that Scripture and common sense always placed on the vital importance of family for a child’s health and well-being.

Something to Caveat: In some parts of the world, the social fabric is so torn that it is not immediately possible to see every child in a healthy family. We also need to recognize that even more important than the form of care for children is the quality of care.

Ultimately, Christians should be first to champion family as the unequivocal ideal for every child…but we can also honor and help to improve the devoted work of those who today are caring for children in other ways. 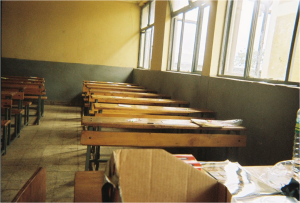 This second trend flows from the first. Seeking to promote family-based care, governments and other actors in many parts of the world are systematically working to close orphanages and prioritize other forms of care. This is called “deinstitutionalization” or DI for short.

Something to Celebrate: Change often requires a push. So if family is really better for kids than institutions, then some active pushing for family-based care is necessary.  This push is resulting in fewer children in institutions and more in families.  That’s definitely worthy of celebration.

Something to Caveat: DI can easily shift from being a means of better care for children to becoming an end in itself. When that happens, the goal becomes simply to “shut orphanages” at all costs, often without asking, “What is best for each child here?” In some cases, children are pushed out of orphanages before healthy alternatives are ready – and end up back in very broken families, on the streets, or worse.

That doesn’t at all mean that we shouldn’t promote alternatives to institutional care.  But it does remind that these efforts must be approached with great caution. We need to make sure that safe alternatives are in place before children are removed from orphanages.

Many countries that previously allowed their orphaned children to be adopted internationally have limited or even closed adoption. This has resulted in a steady decline in international adoptions. Adoptions to the US hit their lowest since 1982 last year, at just under 6,500. That’s down from a 2004 high that reached nearly 23,000. 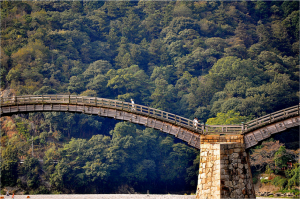 Something to Celebrate:   Even here there is something positive. In at least some of the “sending” countries, constrictions to adoption have been motivated by desire to guard against the risk of unethical and/or unnecessary adoptions.

Something to Caveat: In many cases, limits on adoption have as much to do with politics as with protecting children. In countries where adoptions have seen major restrictions, there remain huge numbers of children growing up in orphanages and on the streets. The constrictions to IA may have reduced risks of unethical adoptions, but they also guarantee that many children who need families will never reach them.

What is needed is a combination of two things: to work with countries that have large numbers of orphans to strengthen their local adoption, foster care and family-support systems….while ALSO establishing stronger systems for inter-country adoptions. Some countries, such as Columbia, are moving decisively in this direction. Let’s cheer and support them as they lead!

Another notable facet of the constrictions in international adoption has been a growth in adoption of children with special needs.

Something to Celebrate: Many people who may not have otherwise have contemplated adoption of children with special needs are doing so. This “opening” has also extended to many older children and sibling groups.

Something to Caveat: Many families go into these adoptions without fully understanding the challenges they will encounter or what is required to address them.  The difficulties can sometimes strain families to the breaking point.

Alongside professional medical and psychological help, the local church can play a critical role in supporting adoptive and foster families of children with special needs. From running errands and cooking meals, to prayer and words of encouragement, this support can literally make the difference between tragedy and difficult-but-overcomeable challenges.

IV.  Emergence of a Visible Movement.

Observers both inside the church and beyond are increasingly recognizing that there are not simply “pockets” of Christians talking about foster care, adoption and global care for orphans – but what can rightly be described as a true “movement.”   Formerly isolated families are now increasingly part of church communities; church communities are part of regional collaboratives; regional efforts are joined in state- and nation-wide networks.

“…Christian churches, which have increasingly taken up orphan care as a tenet of their faith…”
–New York Times

Something to Celebrate: This identity has defined Christianity at its best throughout history. It’s hard to imagine a better “defining characteristic” than to be known as a people who care especially for children the world often overlooks.

Something to Caveat: Ultimately, the roots of Christian care for vulnerable children run far deeper than any observable trend or action. If it starts to be just a “trend,” this vision will soon run dry.

While we rightly take joy in the growth of this movement, we need to make sure that what motivates us is not mere duty, guilt or even idealism. We love because of how God first loved us. As described in the Code of Justinian 1,500 years ago, we embrace children in need “even as we ourselves were adopted into the Kingdom of Grace.” 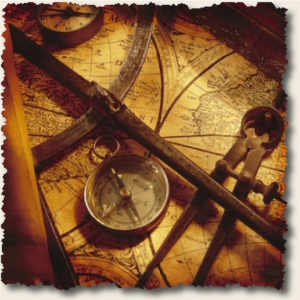 Over the past several years, the Christian orphan care movement has undergone significant maturing. One sees this vividly in blog posts, books, workshops at conference, and more. Conversations that previously focused heavily on just the “beauty” of adoption and orphan care now include a much fuller spectrum of the good and the difficult, the hard question and deep struggles along with the joy.

Something to Celebrate: Even if it is often difficult, this kind of maturing is exactly what we’d want to see in any movement – growing not just wider, but also deeper.

Something to Caveat: When we realize how hard this work can be…the ways results are often less than hoped for…the mistakes we could make – or even have made – along the way, there is a danger of becoming paralyzed by fear.  We can swing to opposite extremes…fixate on critiquing the errors of others… grow jaded, cynical, or give into despair.

Yes, we must study, learn, plan, rethink, refine.  But still, we must ultimately act. Love does.  We must continue to serve – even knowing that all who engage the world at its most broken will inevitably make mistakes along the way.

VI.  Growing Engagement with Foster Care in the US.

More and more churches and Christian networks across the US are playing a major role in their local foster system.   Forerunners like Project 1:27 in Colorado, 4KIDS of South Florida, and the CALL in Arkansas are now joined by many others – from Portland to Washington DC to Oklahoma.

“Fostering Hope: How the church is changing the face of foster care and adoption in the U.S.”
–Relevant Magazine

Something to Celebrate: This is what it’s all about! Kids experiencing love and belonging. Families finding support. Social workers feeling “the church has our back.”

Something to Caveat: As any veteran will tell you, involvement with foster can so often be tangled and complex.   So those leading these emerging efforts must lay foundation that will last. That especially means speaking forthrightly about the likely hardships and complex questions from the get-go. 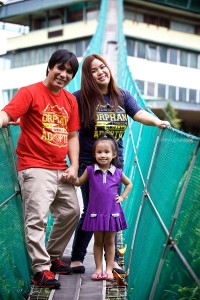 VII. Rising in the Global Church.

Across the globe, more and more Christians are stepping up for orphans. One vivid emblem of this growth is Orphan Sunday – which was celebrated in just 2 countries six years ago…and more than 75 this year!

Something to Celebrate: This really is the ultimate goal: the local church in every nation known as the primary answer for the orphans of that place.

Something to Caveat: In many places, these budding efforts face strong cultural biases against orphans and stigma attached to adoption. Culture change rarely comes quickly. The road ahead is exciting, but won’t be easy.

From Guatemala to Georgia, the Philippines to Pennsylvania, Kenya to Kansas, a true movement of Christians continues to rise – committed to living out God’s special love for orphans. The work ahead is immense. It will demand great wisdom…labor…prayer…and much love. But I believe that what lies behind is merely a foretaste of all that lies ahead. That’s a 2016 that’s well worth being a part of!

___________________________________
You can view the recent CAFO webinar Seven Major Trends 2015 in the Orphan Care Movement HERE to explore these themes further.  (Just scroll down to see prior webinars.) The webinar also briefly highlights some top CAFO priorities for 2016 and notes the $100K challenge grant CAFO has been offered. To see your giving to CAFO’s work doubled, you can give HERE now!