The research found that about 4 in 10 Protestant churchgoers say their congregation has been involved with adoption or foster care in the past year. “Foster care appears to come naturally for churchgoers,” concludes Scott McConnell, executive director of LifeWay Research.

As the article on the research describes,

Since the early 2000s, many Protestant churches have commemorated “Orphan Sunday” every November to draw attention to the plight of orphans around the world. In the past, they’ve often focused on international adoption and orphanages. But in recent years, foster care—both in the United States and abroad—has become a focus as well.

Despite the growing involvement of churches, survey respondents reported that relatively few pastors promote adoption and foster care from the front. Since the survey included people who attend church as little as once a month, it may be that many of the respondents missed these messages when they were shared. But this finding does echo a common desire among many foster and adoptive parents to see these issues engaged more visibly by church leadership. 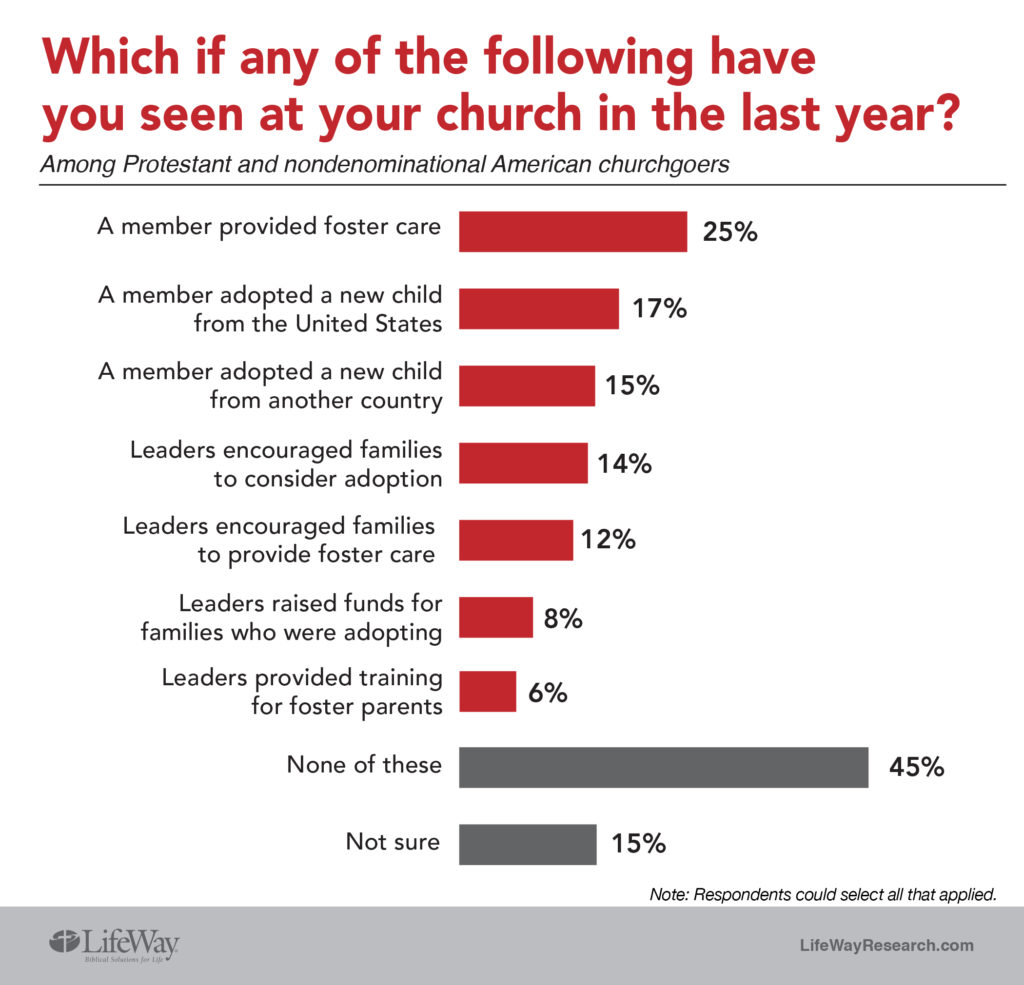 Taking the survey results in total, McConnell expressed, “There may be no greater expression of the Christian faith than extending hope and love to children whose birth families are not able to able to care for them.”

Building an "Everyone Can Do Something" Culture at Your Church

What Matters Most? A CAFO2018 Manifesto