I have two older brothers which can be a mixed blessing.  On the one hand, you have someone to play baseball with.  On the other hand, you have someone who can throw a baseball REALLY hard and can hit you in the stomach with it when you are up to bat in your backyard, rendering you unable to breathe for 30 minutes (hypothetically, of course).  Also, you have someone to share a room with you so you are less scared at night . . . unless of course, he tells you at bedtime that there is a dragon living behind the attic door which is right over your bed (again hypotheti . . . ok, who are we kidding . . . these things definitely happened to me).

Despite the downside, there was that time at the swimming pool.  I was at our crowded small-town swimming pool and playing in the shallow end.   My older brother, Scott, was out a little deeper with his friends.  A kid, who was older than me but younger than Scott, started pushing me around.  Out of nowhere, my big brother showed up.  He pulled this kid aside and said something to him.  I really don’t know what he said, but I like to imagine that it was both colorful and menacing.  Whatever was said, it worked.  That kid never messed with me again. 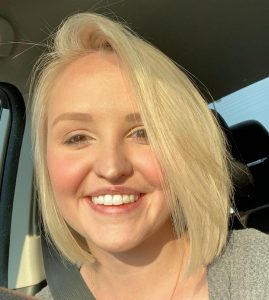 At age 13, Veronica Hanks was the oldest of 7 kids living in a home with two twin mattresses, an empty kitchen, and no shower.  When social workers first came to inquire, 13-year-old Veronica was at home in charge of all six kids.  Mom was gone at times for multiple days with her boyfriend.  On that first visit by social services, a few questions were asked at the door and that was it.   A short time later, on Veronica’s 14th birthday, the electricity went out in the house a little before noon.  Later that day, someone arrived to evict them, which they suspected was coming.  They went to her grandfather’s house. Knowing that social services was on the way to pick up the kids, Veronica’s mom grabbed some camping equipment and cheerfully told the kids they were going on a camping trip.

With no money and no food, Veronica’s mom and boyfriend packed up the kids to live in the woods.  Mom and boyfriend slept in the back of the truck, and the seven kids shared a tent built for 3 to 4.  They lived this way for a couple of weeks.  Social services eventually caught up with them.  They were placed in two different kinship placements.  The five middle kids went to one, and Veronica and her two-year-old little brother went to live with an aunt who was addicted to drugs.

One bright spot during this time was Veronica’s Guardian Ad Litem.  Veronica describes her as “the most positive and only constant thing in our lives. She was definitely the only light we had.”  She came to visit, took a genuine interest in Veronica and her brother, and most importantly, she listened.   When Veronica told her that the placement with this aunt wasn’t working, she made sure they were placed somewhere else.  Veronica kept speaking up for her little brother, and the Guardian Ad Litem listened.

Eventually, parental rights were terminated and a potential adoptive family for Veronica and her brother was found.   However, during the initial months of this placement before finalization, Veronica came to the conclusion that it just wasn’t going to work.  The parents had told her little brother that if he didn’t behave, they would “send him back.”  Veronica called her worker and advocated for herself and her brother.  When asked about her fierce advocacy for her brother, Veronica said “I’m definitely not an extrovert by any means.  But I think that I had someone to fight for and I was not willing to let him go.”

Once again, her voice was heard loud and clear.  They returned to their foster family and were left to discuss any and all options they might have going forward.  Veronica eventually came to the most painful conclusion of all:  if her little brother was going to get adopted, they were going to have to separate.  Veronica would stay with her foster family until she aged out and her little brother would get adopted. She courageously made that decision but fell helplessly into a dark place.  She shares, “After all the fighting that I had done, it just felt like I lost everything again.”

One night a short time later, Veronica, who was a huge Duke basketball fan, had been watching the game on TV.   Veronica’s foster mom called her to the door to meet a family friend named Amy (Amy’s son and Veronica’s little brother attended pre-school together). Veronica’s recent disappointment had made her generally angry and disagreeable most of the time. She reluctantly went to the door and her foster mom told Veronica “This is Amy.”  Veronica in her best annoyed teenager voice said “and …”.  Amy, undeterred, went on to compliment Veronica’s Duke sweatshirt and told her how big of Duke fans they were.  Veronica rolled her eyes as she tolerated the small talk from this stranger.  She just wanted to get back to the game.

A short time later, Veronica’s foster mom told her that Amy wanted to take her to a Duke game because she was interested in possibly becoming her mentor.  Veronica was annoyed at the thought of someone wanting to be her mentor.  She felt like she already had a bunch of people in her life trying to help her but all she really wanted was a family.

Reluctantly, she went to the game and ended up having a great time.  On the drive home, Amy said something Veronica never saw coming.  Amy told her that she had been discussing things with her foster mom and that they wanted to adopt her . . . along with her little brother.  Veronica shares that she was mad and crying at the same time.  She was mad because she tried to blow this woman off twice and realized that she could have missed it.  She was crying because, as she put it, “I just couldn’t believe that someone wanted us.”

Veronica and her brother moved in with Amy and her family that next summer right before her Senior year.   Her brother was 4 at the time.  Veronica realizes now that if she hadn’t spoken up and had them moved back to her foster family, they wouldn’t be where they are today.  Over time, Veronica learned the power of her voice.  She used it to speak up for her brother and she continues to use it in her community to speak up for other kids who are where she’s been.

NOTE: An extended version of Veronica Hank’s story is featured in Episode 17 (March 5th, 2020) of the Foster Movement Podcast. It’s available for download from iTunes, Google Play, Stitcher and Overcast.

A version of this article first appeared in Jason Weber’s regular Foster Movement column of the Fostering Families Today magazine (Jan/Feb 2020 issue).  To learn more about how you or your organization can subscribe to this great resource, click here.